Get A FREE In-Home or In-Office Cleaning Consultation. 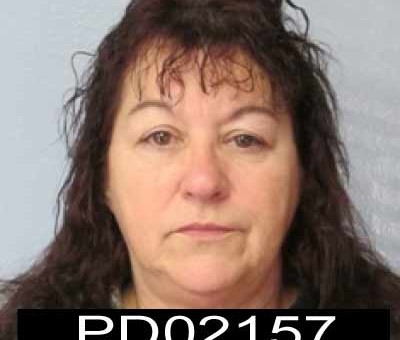 May 7, 2015 No comments yet Housekeeping

Why Overly Large National Franchise Companies Can Be Risky

Hiring a large franchise cleaning service does not guarantee a consistent cleaning crew in your home or office. “When you have hundreds of accounts to track and dozens of employees to schedule, there is a lot of room for error”, according to Bryan Akner owner of Clean Extreme Pro, a small local cleaning service serving North Palm Beach, Palm Beach Gardens and Jupiter, that prides itself on excellence and personal service.  Having worked for other cleaning services in the past, Akner has learned a thing or two about how to run a successful cleaning service.

In a recent nationwide trend, there has been a move away from the big franchise cleaning services to small local service providers such as Akner’s due in large part to new stories like the one below where the staff of a national franchise cleaning company is caught stealing. When choosing a housekeeping service, maid service or cleaning company, get to know the owner. If you can’t talk to the owner of a company that is entrusted with the care of your home and personal items, that company may be too big and impersonal. Always make sure the company is licensed and insured. And ask for references. Clean Extreme Pro’s success is due in large part to a steady stream of referrals. “We’re not looking to be the biggest cleaning service in Northern Palm Beach County. We want to be the Best Cleaning, Housekeeping and Maid Service in the area and that means slow growth, consistency, exceptional service and getting to know clients as well as our staff on a personal level”, Akner said.  “I know everyone of our customers personally and that gives me the opportunity to really personalize our service rather than being a cookie-cutter cleaning service.”

According to Akner, advertising like the big franchise companies is so expensive that it can lead to cutting corners in other areas in order to stay profitable.  Areas such as properly screening and really getting to know your employees before letting them enter a clients home or office.  We acquire our clients by word of mouth advertising and personal recommendations like the ones that you can see on our website at www.CleanExtremePro.com.  We would never send someone into your home or office that is not professionally screened and that we haven’t taken the time to know on a personal level for quite some time.  Our focus on the customer experience rather than on rapid growth of the company has lead to our success and contorlled steady growth.  Our glowing referrals have helped make us an in demand cleaning service in North Palm Beach, Palm Beach Gardens and Jupiter Florida and the satisfaction we get from a happy client is priceless.

Former Housekeeper Accused Of Stealing Jewelry Due In Court

A former employee of the Merry Maids housekeeping service, who has a criminal record, has been ordered to appear in court on May 4 on charges of stealing $2,300 worth of jewelry from two elderly women in Stillwater and pawning their property.

If convicted, Becky Sue Peters, 54, of Perry, who remains in Jail on $15,000 total bail, could receive as much as four life prison terms, since she has three prior felony convictions, court records show.

In her latest case filed earlier this month, Peters was charged with stealing two class rings and a gold medallion, with a total value of $800, from a client for whom she was providing housekeeping services and pawning the jewelry on Jan. 31.

In another case that was filed in February, Peters was charged with stealing a $1,500 cocktail ring from an 86-year-old client for whom she was providing housekeeping services and pawning it on Jan. 29.

According to court records, Peters was convicted in 2013 of three counts of second-degree forgery, for which she was initially placed on seven years’ probation, except 120 days in jail, with an order to pay $4,533 restitution.

Peters was also convicted in 2013 of committing a pattern of criminal offenses by making fraudulent ATM withdrawals on a Perry man’s card, for which she was also initially placed on seven years’ probation, except 120 days in jail, with an order to pay $2,596 restitution in that case.

Peters was also convicted in 2013 of second-degree forgery for passing a $2,000 check that had been stolen from a resident’s room at the Renaissance Assisted Living Center, where she had previously worked, for which she was also initially placed on seven years’ probation, except 120 days in jail, with an order to pay $2,000 restitution.

In all three of her prior felony convictions, Peters was found eight months later to have violated her probation, for which she was ordered to spend 180 days in jail, with credit for time served.

She had been released from jail in mid-December, about six weeks before the latest allegations on which she now is in custody, court records show.